As the domestic economy modestly improved and the property market slowly recovered in 2016, Sansiri remained caution throughout the year. We had to adjust plans, move activities in line with market situation. Last year, we launched a total of 20 projects, worth 46,222 Million Baht, consisting of 7 single-detached house projects worth 12,933 Million Baht, 3 townhome projects worth 1,470 Million Baht, and 10 condominium projects worth 31,819 Million Baht. Presales rose slightly to 31,100 Million Baht, of which 5,418 Million Baht was contributed from foreign buyers. This is the highest international sales ever recorded which proves that we have had a very good success in the international market penetration. Late last year, we started delivering units of the first joint-venture project with BTS, The LINE Sukhumvit 71, another project with high foreign buyers content of 48 percent.

With the continual success in the international market penetration in 2016, Sansiri strives to expand its reach into new markets in 2017. I believe that every staff and management have worked extremely hard this year to reach our goals. On behalf of the Company, I would like to thank every member of the staff for their dedication and hope for their continued support in order to strengthen Sansiri as a leading Thai developer and to contribute to society that may lead to the country’s sustainable development in the future. 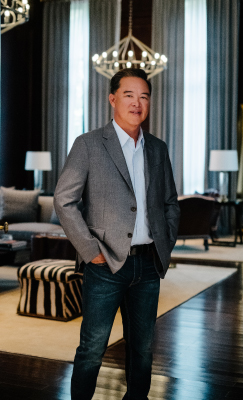